On Accidental Saints and Made For Goodness - Week 2

I have to say, Nadia's chapter where she talked about the expectations of others really spoke to me. She said, "Maybe it's not only the leaders who think they should be perfect; maybe it's also their followers who expect them to have it all together."

I am totally guilty of this. Like, all-the-time guilty. I have high expectations of myself, and high expectations of others. I tend to know my friends well enough to love them and their imperfections. I love their snarky-ness, their sarcasm, their occasional falling-apart. I identify with all those things, and I do them myself. I know we're not perfect.

But I expect my leaders - in family, in church, at work - to be always forgiving, never snarky, never falling-apart. At least, not when I'm around. I have some amends to make, and I'll make them in person. 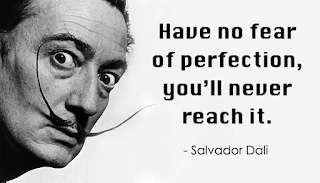 The other thing Nadia said that really struck me, was when she talked about how we are not the blessing that is bestowed upon others. I'm guilty of this one, too. Thinking that I will magnanimously step down from my ivory tower and bless people with my presence or my works. She points out that we are all both needy and needs-meeters. It was a difficult concept to wrap my head around. I think she's also saying that experiencing the need and the meeting of that need is to experience Jesus. It's not in the being needy or in the generosity - it's in the communion.